The race will start on Thursday 22nd October leaving from Brescia: the competing cars will drive along Lake Garda, passing through Desenzano (BS) and Sirmione (BS) them through Villafranca di Verona, Mantova, Ferrara and Ravenna, until the leg finish line in Cervia – Milano Marittima (RA).

The next day, Friday, October 23rd, from Cesenatico (FC) the cars will drive down to the areas that still bear the signs of the earthquake of 2016, entering San Marino, Urbino (PU), Fabriano (AN), Macerata, Fermo, Ascoli Piceno and Amatrice (RI). From Rieti, the vintage cars will arrive in Rome, where they will end the second leg by parading along the platform in Via Veneto.

On Saturday October 24th, during the longest leg, the cars will enter in succession Ronciglione (VT), Viterbo, Radicofani (SI) and Castiglione d’Orcia (SI), then stop in the magnificent Piazza al Campo in Siena. They will leave Tuscany through the Cisa Pass and reach Parma, the Italian Capital of Culture 2020, which will welcome the crews for the last night of the race.

Sunday, 25th October, the fourth and final day will see the passage from Salsomaggiore Terme, from the village of Castell’Arquato (Piacenza), from Lodi and then from Bergamo,  before concluding the competition on the arrival ramp of Viale Venezia in Brescia, where it all began 93 years earlier, in 1927, with the first Coppa delle 1000 Miglia. 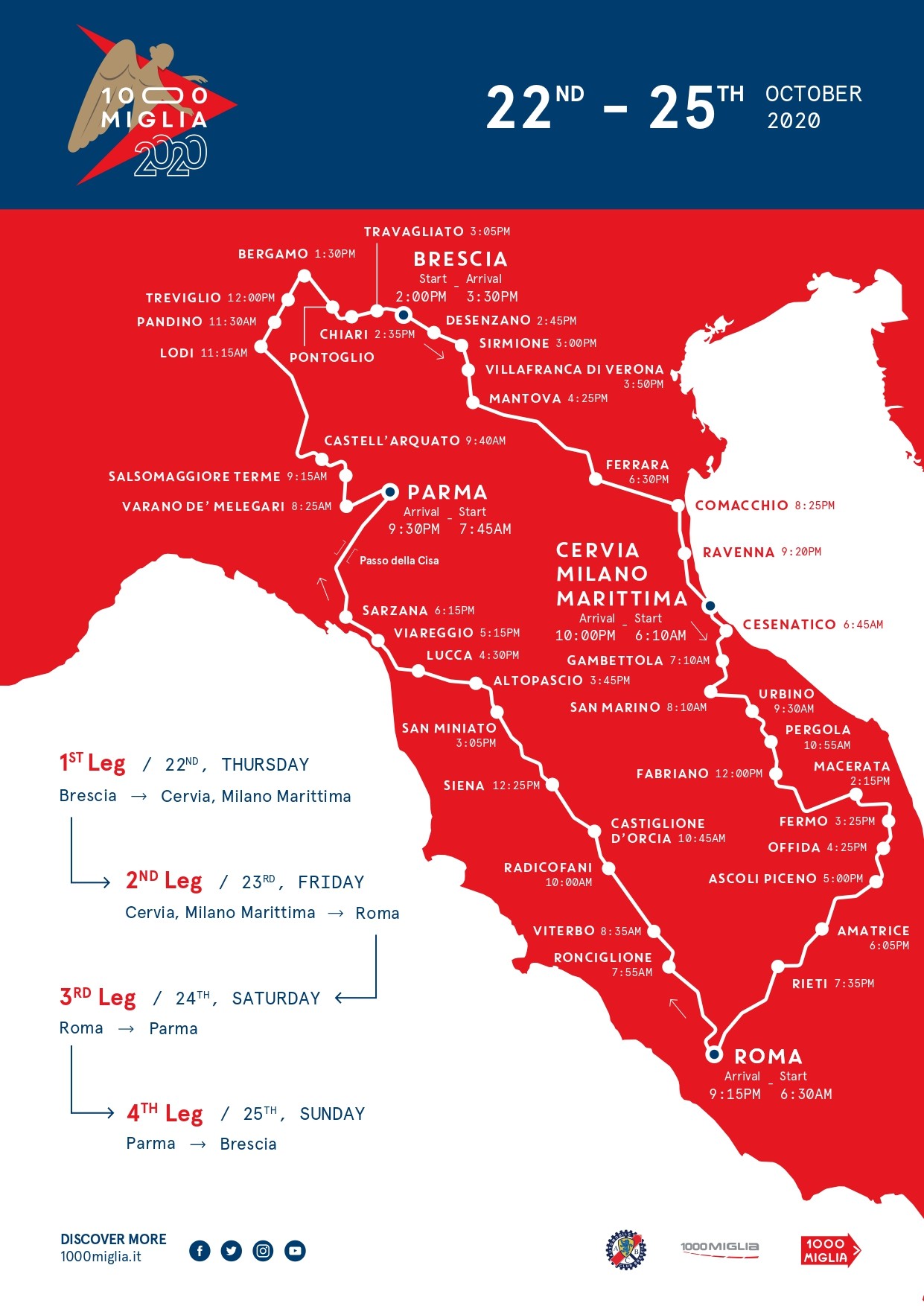