The origins of the myth

An old motto claims that fuel runs through the veins of the people of Brescia instead of blood.

This is an indication of the passion for engines inscribed in the DNA of this territory and its inhabitants since the end of the 19th century, when Brescia’s motoring tradition began.

From the first races to the Mille Miglia Cup

A racing car made its first appearance in the territory of Brescia. A race won by Ettore Bugatti who, driving his Prinetti & Stucchi three-wheeler vehicle, ignited the passion for motor racing in Brescia.

The people of Brescia decided to organize a race of their own. On Sunday, September 10, Brescia held the first-ever “Speed Race”, a 6 km automobile race on the ring road of the city. On the following Monday, the Brescia- Mantua-Verona-Brescia 223 km race began.

The Brescia Circuit was prepared along the roades of the Brescia-Cremona-Mantua-Brescia route for a total of 185 km to be repeated twice. The first race took place on the occasion of the Brescia Week, repeated on September 9, 1905 with the first Coppa Florio race.

Thanks to Arturo Mercanti, the city of Brescia had the possibility of organizing the Italian Grand Prix, included among the events of the International Automotive-Air Circuit. In addition to the “Chilometro Lanciato” and other races for the minor categories, the attention was focused on the new Brescia Circuit, known as the “Circuito della Fascia d’Oro” name of the town of Montichiari, that on September 4 kicked off the firts Italian Grand Prix.
From the following year, the Italian Grand Prix would be transferred to the Monza Circuit, inaugurated in 1922.

January 18, 1927 | The organization for the first Mille Miglia Cup

Thanks to the intuition of the four founders Franco Mazzotti, Aymo Maggi, Giovanni Canestrini and Renzo Castagneto, the Mille Miglia Cup came to life. The opening of the headquarters in Corso Magenta in Brescia, marked the start to the organization of the first Mille Miglia Cup.

Brescia Automobile Club: a partnership of passion and sport

A rich heritage, through which Brescia Automobile Club preserves Brescia’s motor tradition and its sports, cultural and human heritage.

During the first leg, the crews will head from ...

The third edition of the #1000MigliaWarmUpUSA has ...

📍 It will be the @congressionalcountryclub to ...

The Embassy of Italy to the United Arab Emirates is also by our side for the first Edition of the #1000MigliaExperienceUAE.
The race, that will pass through all 7️⃣ Emirates in 4️⃣ days, is to kick off tomorrow. 🏎️🏁 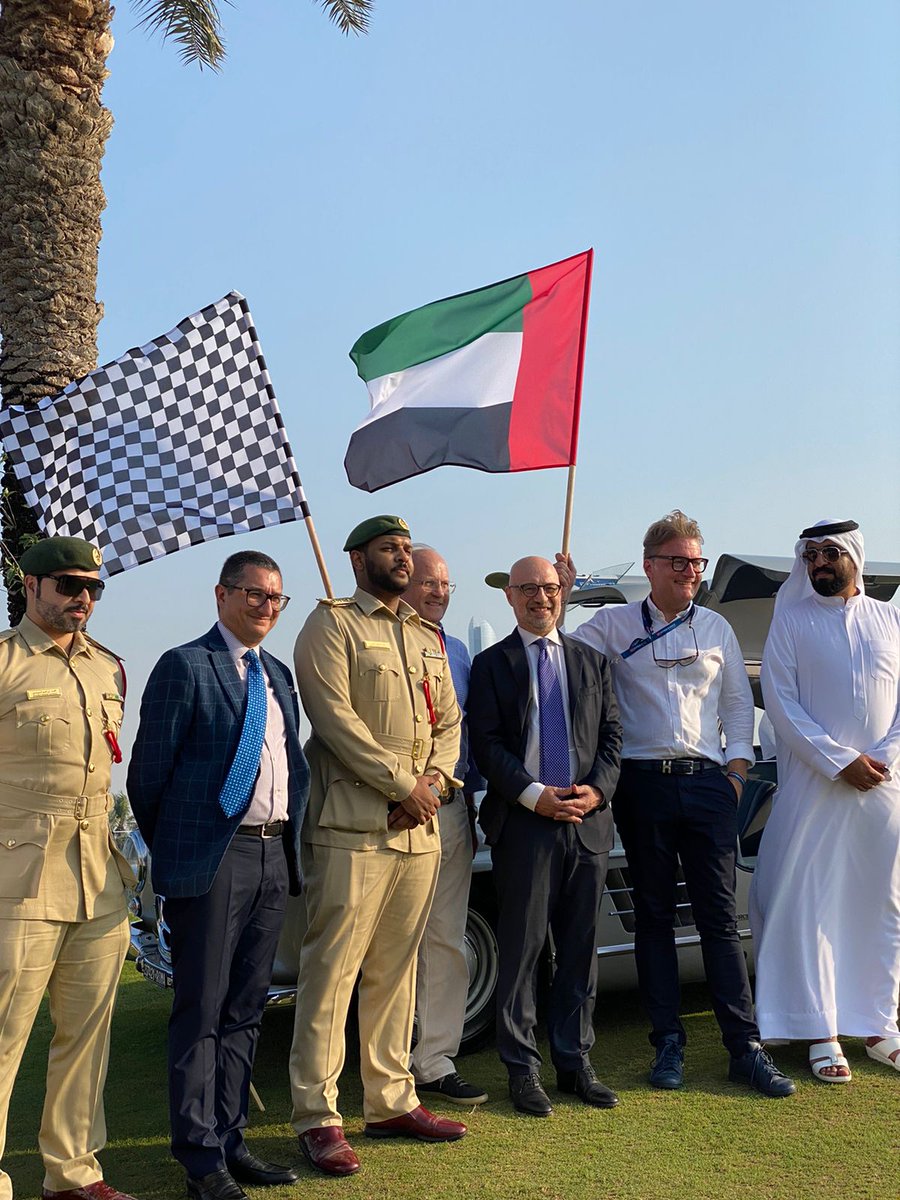 On leg 4, the final day of the #1000MigliaExperienceUAE, the race will head to Abu Dhabi where on the Yas Marina Circuit, the venue of the last leg of the recently concluded Formula 1 World Championship, the cars will compete in a 1 vs 1 challenge.🏎️🏁
📸©️: @ymcofficial

On leg 2, December 6, the crews will change course and head for the rocky expanse of Ras Al Khaimah and will reach the highest peak in the United Arab Emirates, Jebel Jais, where the competitors will put their skills to the test.

On leg 1 of the #1000MigliaExperienceUAE, the crews will head from Dubai to the winding coastline of Fujairah, which alternates between mountainous landscapes and wide sandy beaches. The competitors will dine on the beach and spend the first night of the race here.

📍Dubai, home to a large number of international sporting events, will host a special kick-off day of the #1000MigliaExperienceUAE on 4 December. The competitors will have a training session after which they will showcase their cars at the greens of the Creek Golf Course.

This error message is only visible to WordPress admins

Many features are not available without adding an API Key. Please go to the YouTube Feed settings page to add an API key after following these instructions.